At Reliant we see our role as central in ensuring that our elders live their best lives – with dignity and independence. 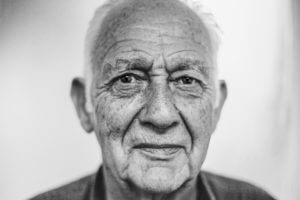 This week we were honoured to attend the 5th National Elder Abuse Conference in Sydney, along with leaders from government, academia, law, healthcare leaders and trailblazers. Although only the 5th time this conference has been held, attendance reached over 560 delegates and it is heartening that elder abuse in Australian society is increasingly gaining mainstream attention.

Also significant was that at the conference the Commonwealth Attorney-General, Christian Porter MP announced Australia’s first National Plan to address elder abuse (which was a key recommendation of the 2017 Australian Law Reform Commission Report Elder Abuse – a National Legal Response). Stimulating discussion and presentations from a range of speakers, from Hon Michael Kirby AC CMG to Hon Ken Wyatt AM MP made for a very thought-provoking 2-day conference. Our sincere thanks to the Seniors Rights Service for such a fantastic event.

We were proud to play a role in developing the final conference statement, an extract of which you can read below.

“Our call to action to all governments in Australia: there is no excuse not to act nationally NOW against Elder Abuse.

Come together to create and fully resource the strong, effective, nationally consistent and accountable change needed to:

Involve older people and all the key stakeholders in developing the National Plan to address Elder Abuse to ensure all older people experience dignity, their rights and personal wellbeing as a daily way of life.”

Please fill in the Contact Form below and we will get back to you.